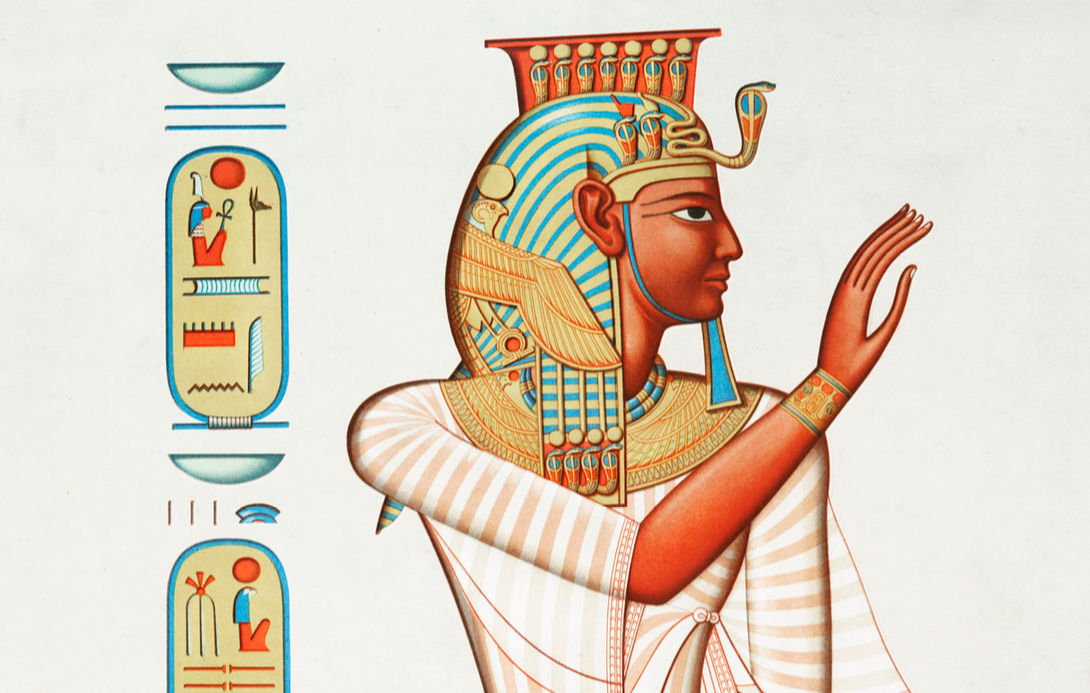 The Rare Books and Special Collections Library is one of the most comprehensive research libraries for Egyptology in the country and has resources that support high-level research. The core of its holdings in the field is the personal libraries of Egyptologists Selim Hassan (1980) and Labib Habachi (1982). Subsequent acquisitions from scholars Constant de Wit, Shehata Adam and most recently Gaballa Ali Gaballa, Fayza Haikal, and Nabil Swellim expanded the collection further.

The collection covers all aspects of ancient Egypt, including Coptic studies. Among the topics represented in the collection are excavation reports, architecture, religion, science and technology, epigraphy, language and literature (including Coptic) and papyrology. The library possesses an important body of works written by the earliest scholars and excavators such as Jean-Francois Champollion, Giovanni Battista Belzoni, J, Auguste Mariette, Gaston Maspero, and W.M. Flinders Petrie.

Highlights of the collection are the Description de l'Egypte produced by the scholars of Napoleon's 1798-1801 expedition, which ignited European interest in ancient Egypt, as well as the depictions of monuments in the volumes of prints by David Roberts. Also noteworthy are the several richly illustrated, oversize volumes on Egyptian monuments by the nineteenth-century German scholar Karl Richard Lepsius. These holdings are supplemented by early European works about ancient Egypt, like those of mid-16th century German Jesuit Athanasius Kircher, Hieroglyphica by Piero Valeriano and travel accounts by Scottish explorer James Bruce and others.

The library's photographic holdings include numerous prints dated from the 19th and early 20th centuries by the lens of leading photographs Émile Béchard, Pascal Sabeh, Antonio Beato, the brothers Zingaki, and Francis Frith, as well as collections of postcards, and slides depicting pharaonic era monuments and artifacts.

In recent years the library has begun to collect the archives of Egyptian Egyptologists, including those of Ahmad Fakhry, Abdel Moneim Abu Bakr, Gaballa Ali Gaballa, and Zaki Iskander. Other archives and personal papers collections include material related to Egyptology, like items on popularizing interest in the topic in the papers of Sayed Karim.

Coptic Studies are also supported by resources at the RBSCL. These include coverage of Egypt's early Christian past going back two millennia.  In the areas of Coptic language, music, and liturgy, the following two collections are particularly noteworthy:

Iryan Moftah (1826-1886) was a religious scholar and Coptic language specialist who introduced what became the prevalent form of the language used by the Coptic church in the 19th century and beyond.  Appointed as a teacher at the Clerical College established by Coptic pope Cyril IV, Moftah wrote grammar manuals and co-authored liturgical books.  These works were instrumental in the development of the Greco-Bohairic dialect, which incorporated Greek letters and rules of modern Greek pronunciation.

The collection contains sixteen manuscripts owned by Iryan Moftah, including several he wrote.  The great majority of the manuscripts are religious in nature, including Bibles, compilations of individual books of the New Testament, and prayer books.  Also included are works relating to biblical commentary, hagiography, Church fathers, monasticism, theology, and philosophy. One of the manuscripts, for example, represents a 1787 volume of doctrinal essays and sermons written by fourth-century Church leaders; another, written in 1843, includes excerpts from the sayings of Saint John Chrysostom translated from Greek into Arabic. Most of the manuscripts are written on paper in the Bohairic dialect, probably by monastic copyists. Six manuscripts were written by Moftah himself, two on the grammatical principles of the Coptic dialect he developed, and four on religious practice, devotion, and cosmology.

The collection also contains 27 books published between the late 18th century and the end of the 19th century.  Most are Coptic theological and philosophical works, including copies of the Old and New Testaments, treatises, and dissertations on Christian Greco-Roman and Coptic history. The works of early Greek and Coptic Christian scholars and thinkers, such as 4th-century theologian Saint John Chrysostom, are also found in the collection.  An important Coptic scholar whose works are found in the collection is Bishop Butrus al-Sadamanti, who wrote on the hermeneutics of the biblical exegesis of Coptic and Arabic texts.

Ragheb Moftah (1898-2001) was a leading figure in the study of Coptic music, and like his great-uncle, Iryan Moftah dedicated his life to preserving an endangered aspect of Coptic heritage. Ragheb Moftah spent much of the twentieth century making field recordings of liturgical chants and hymns, collecting from cantors the orally transmitted music which accompanies the Coptic Orthodox Church religious services. Considered one of the oldest forms of liturgical music, such works are thought to possess roots in the musical traditions of pharaonic ancient Egypt. The Moftah Collection contains audio cassette field recordings of the liturgical music made throughout the twentieth century.  It also includes correspondence, diaries, notebooks, scrapbooks, articles, videotapes, and photographs.

Coptic art is addressed in the archives of architect Ramses Wissa Wassef and RBSCL photograph collections, as well as in scholarly books and journals. The experience and contributions of Copts in modern Egypt are also reflected in various primary and secondary sources.

The Rare Books and Special Collections Library has a subject specialist in Egyptology who can provide service to researchers in using these materials, as can Research Services Desk staff located on the third floor of the library; see Contact Us and Doing Research at the RBSCL for details. A subject guide about RBSCL Egyptology resources is available. Consult the Library Catalog for searching for such materials, and selected holdings are available online in the  Rare Books and Special Collections Digital Library.